What's the path to being a Tableau Zen Master?

This week we opened nominations for this year’s Tableau Zen Masters. 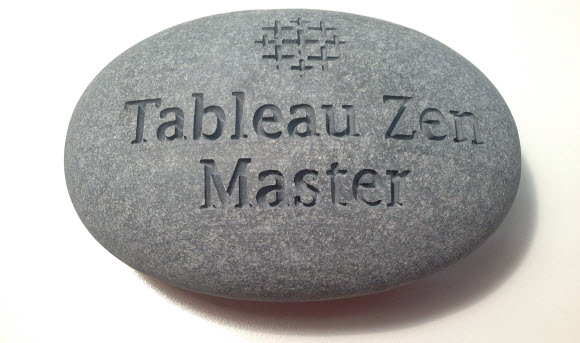 We deliberately don’t share our complete decision-making process publicly because we do not want people box-ticking their way towards receiving a Zen Master rock. For the 2014 Zen Masters, we will provide details about why we chose each person.

I thought it would be useful to get the current Zen Masters to share their own story. First to respond was Mark Jackson. “I’ll put together a viz showing my career path,” he said. Little did we know that he’d deliver one of the most well-designed and technically advanced dashboards we’ve ever seen. Click on the image below to see the interactive version and get an understanding of what it's taken for Mark to get where he is.

Do you know someone who is a potential Zen Master? Let us know before June 24th by filling out this form.