This guest post by Zen Masters Rob Radburn and Chris Love about the last meetup of the Midlands TUG.

Warning: If you are reading this, then this warning is for you. Every word you read of this useless fine print is another second off your life. Don't you have other things to do? Is your life is so empty that you honestly can't think of a better way to spend these moments? Or are you so impressed with a Zen Master that you give respect and credence to all that claim it? Do you read everything you're supposed to read? Do you think every thing you're supposed to think? ... Start a viz. Prove you're alive. If you don't claim your data you will become a statistic. You have been warned.

Take two Zen Masters (Chris and Rob), three Tableau Jedis (Alex, Matt and Dave), a self-confessed "ideas machine" (Claire), and mix with beer, soft drinks, tapas, data and copies of Alteryx and Tableau and what do you have? Leicester's premier Viz Club! We're a group who met at the Midlands TUG, and Viz Club gives us a chance to socialise in a small group and geek out over a copy of Tableau.

So what are the rules of Viz Club?

1st Rule: You do talk about Viz Club

2nd Rule: You DO talk about Viz Club

3rd Rule: If some says stop, or goes limp, taps out, the Viz is over

4th Rule: Everyone is involved in the Viz

5th Rule: One Viz at a time

6th Rule: Shirts and Shoes at all times

7th Rule: Vizzes will go on as long as they need to

8th Rule: If this is your first night at Viz Club you HAVE to bring the data to Viz

So what did we do? We booked a table at a local bar and met up after work for a few drinks and food, some fun conversations and some vizzing. It's really no more complicated than that - some people meet for darts, pool, cards or books....we chose Tableau.

Like so many others, we had become a slave to the Tableau nesting instinct. 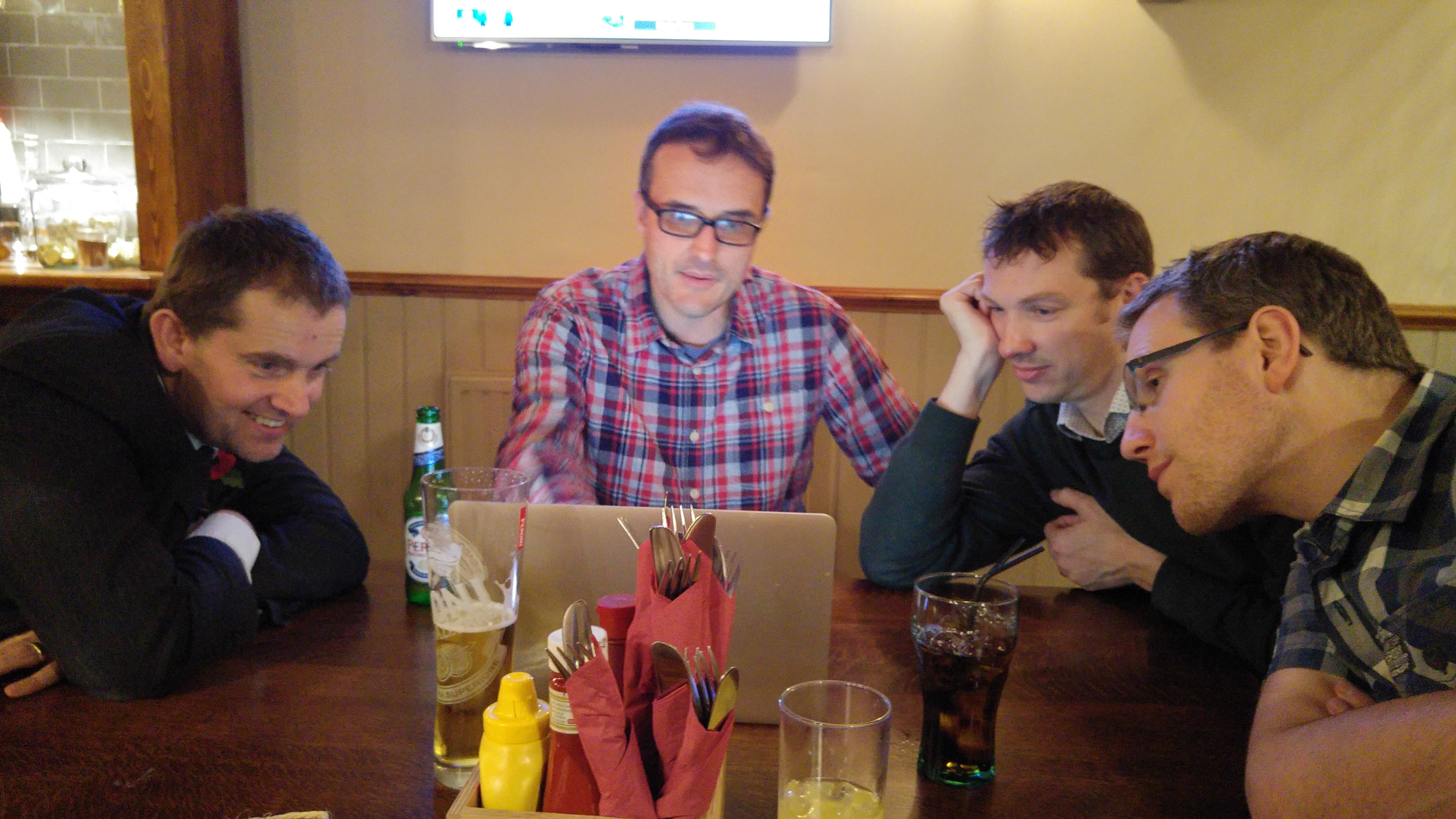 Finding a dataset that we could get started with quickly in the couple of hours we had was always going to be a challenge. Chris found a dataset of Undersea Internet Cables online and so, with nothing better on the table, we started. None of us are undersea cable experts - "Do they actually run under the sea?" Claire uttered at one point - but the data was simple enough to work with, especially with the shp data converted to a tde in Alteryx by Chris.

Man, I see in Viz Club the strongest and smartest men and women who've ever lived. I see all this potential, and I see squandering. God damn it, an entire generation pumping Excel, using spreadsheets; slaves with white collars. Microsoft has us chasing pie charts and pivot tables. We've all been raised on data to believe that one day we'd all be millionaires, and movie gods, and rock stars. But we won't. And we're slowly learning that fact.

The night was a mix of ideas thrown into Tableau to try out different ideas with the viz, but also Claire added her very own Project Mayhem with a few idea for future vizzes; everything from the mood of football supporters to whether the gps position of a referee affects social media sentiment got Claire's treatment - generally with no data or methodology these were the raw material of Tableau vizzes in their truest sense. Watch this space to see if any see the light of day.

How much can you know about yourself if you've never been in a viz club?

The night fluctuated from laugh out loud moments to some heads-down in laptop vizzing, we learnt that £40 worth of tapas isn't enough for five grown men and also that you should collect your credit card after leaving it for a tab if you don't want a trip back the next day. We learnt that our geographical knowledge wasn’t much beyond GCSE level, “that’s a secret American base. Oh, no it’s not, it’s the Seychelles!” That you can just jump to a detailed understanding of how the world works with one simple dataset, “The increase in cables is because of the increase tourism in that part of the world!” Everyone nods thinking that sounds about right. No one has a clue if it is.

We even learnt a few Tableau tricks along the way.

Damn! We just had a near-life experience, fellas.

To be honest we didn't spend as much of the time using Tableau as we could have but we got something useful at the end of the night and Chris took it away and added a few finishing touches (including some blatant theft from Jewel Loree's gif animation technique) to turn it into something we could publish (Chris will blog about those techniques in his forthcoming Good To Great posts).

Leicester Viz club continues next month. What’s stopping you start your own?

When the viz was over, nothing was solved, but nothing mattered. We all felt saved.