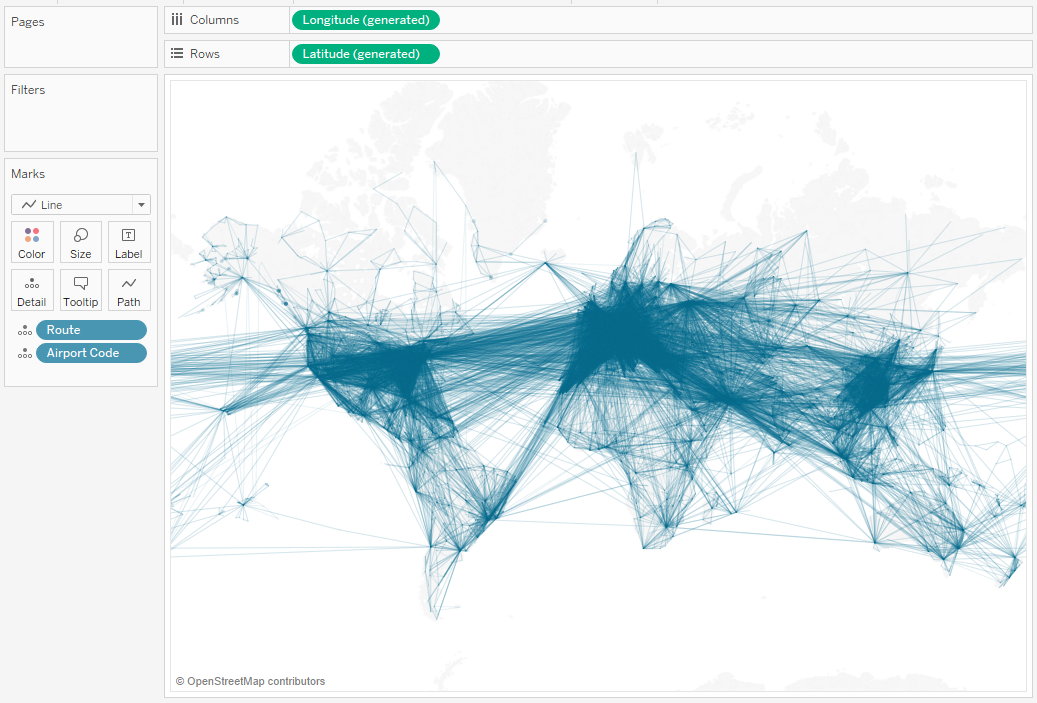 
However, as you can see in the screenshot above, it comes with a small fly in the ointment: the airports are connected by straight lines. Of course, on world maps flight routes are often depicted as arcs – the so-called great circle connections that represent the shortest distance between two points on a globe.


KML files describe geographic features for maps using the XML language. Under the hood, the information is presented in a tree-like fashion. The example adapted from Wikipedia shown below would draw a point on a map indicating where New York City is. To add another city you would add another block of the lines that make up a “Placemark”, with the relevant coordinates, name and description.