We're wrapping up #VizTheVote politics month with a collection of visualizations we hope will inspire you to dig deep into political data and share your findings with the world with Tableau Public. Whether it's for a local town election or a national race, visualizations that showcase new insights can help digitally engage an audience civically and inform their choices in the polling booth.

Without further adieu, here's the roundup:

"I really like this political viz on Tableau Public. I think showing the trend lines on the scatter plots really makes the socio-economic differences between voters pop out. Also using story points really helps take the reader though each issue involved in a visually easily digestible way." 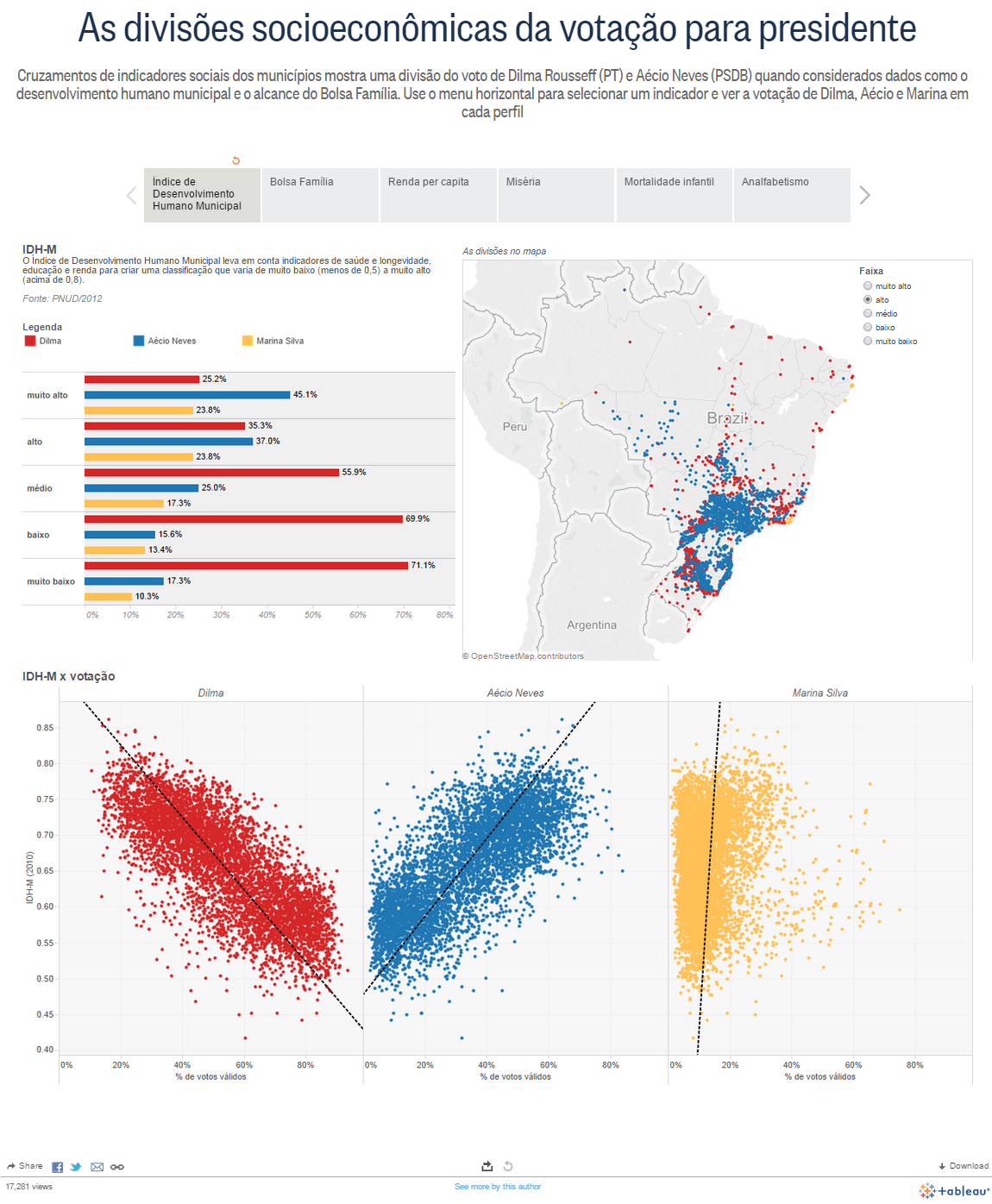 "This is my favorite political viz on Tableau Public because it’s not only visually stunning – author Adam McCann makes use of a creative visualization type known as a cartogram – but it’s also analytically powerful – move the sliders on the right to simulate who would win the election in various scenarios. When I first saw this viz, my reaction was “this is Tableau?” 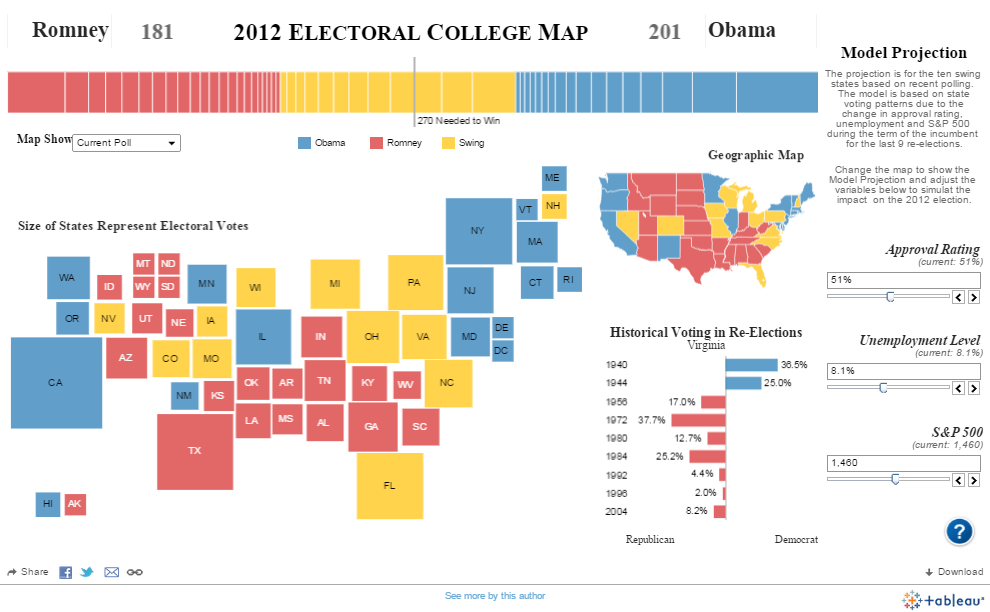 "In addition to the clean design of this great viz from New York Daily News, I really liked the ability to look at funding from places outside of the NYC area. It was really crazy to see how people all over the country (and even outside the country) are very invested in the future of New York City.” 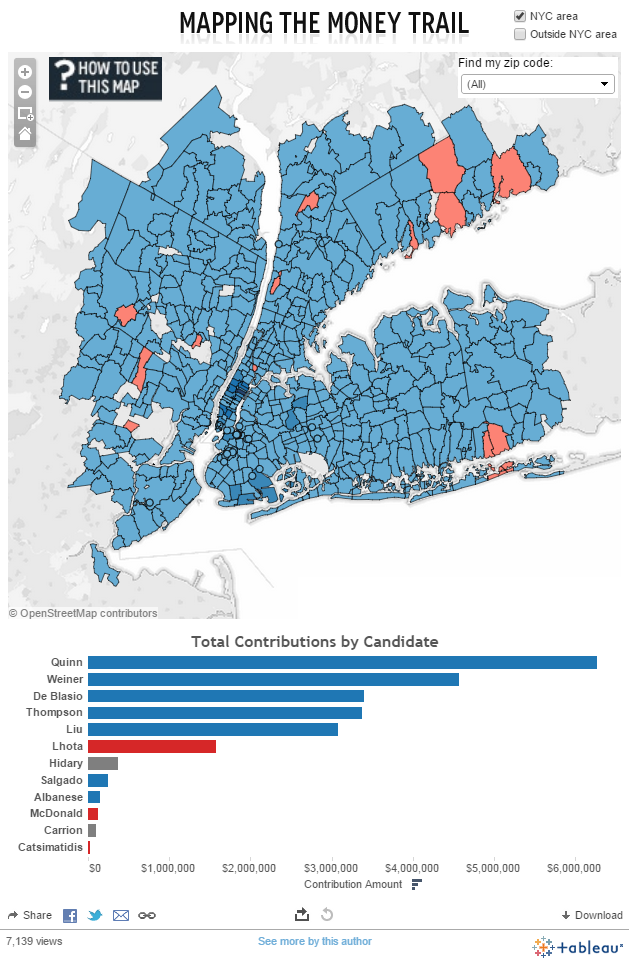 "In today’s society, Twitter can be a powerful tool that can help candidates win elections. I enjoy that La Nación looked into various president’s social profile on Twitter to see which had the most followers and tweets. I also like that La Nación added presidents’ faces to the viz – it makes the viz feel more personal.” 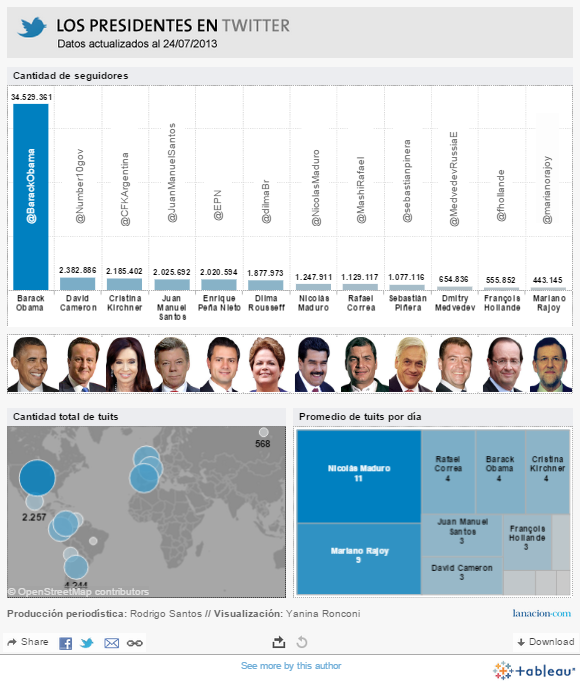 "An older viz by MapLight is my favourite. It’s not as beautiful as the others, but for sheer impact, tracking the money that each state legislator gets and from who is pure gold.” 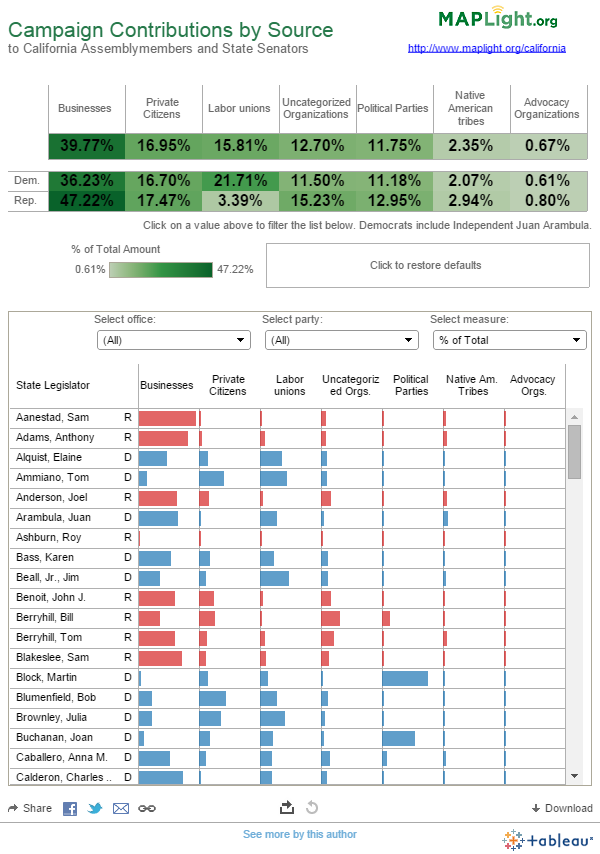 "I really like this viz because of how well designed it is. The severely washed-out map blends seamlessly with the white background, allowing the bright blue/red data points to jump out at the viewer. The solid design extends to the thumbnail image of the two cartoon-character candidates in the vim’s bottom right that is hilarious. Overall it is a very well executed political visualization that does playfully and artfully draws the attention of any/all viewers.” 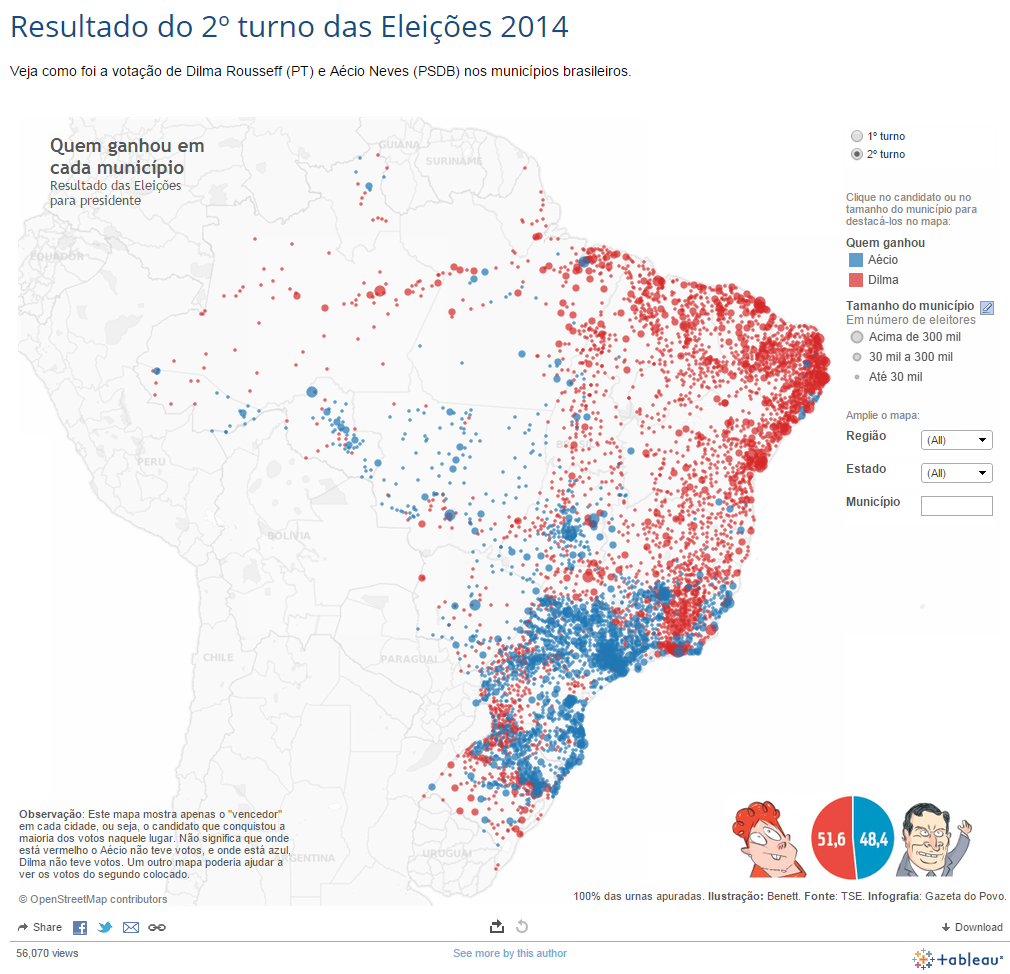 "Though not as flashy as others, Pilares did a great job of illustrating how the distribution of party seats changed between 2011-2014. His clean, intuitive design invites readers to discover which parties have dominated in the past few years and which ones were able to gain only a temporary foothold in Peru's legislative body." 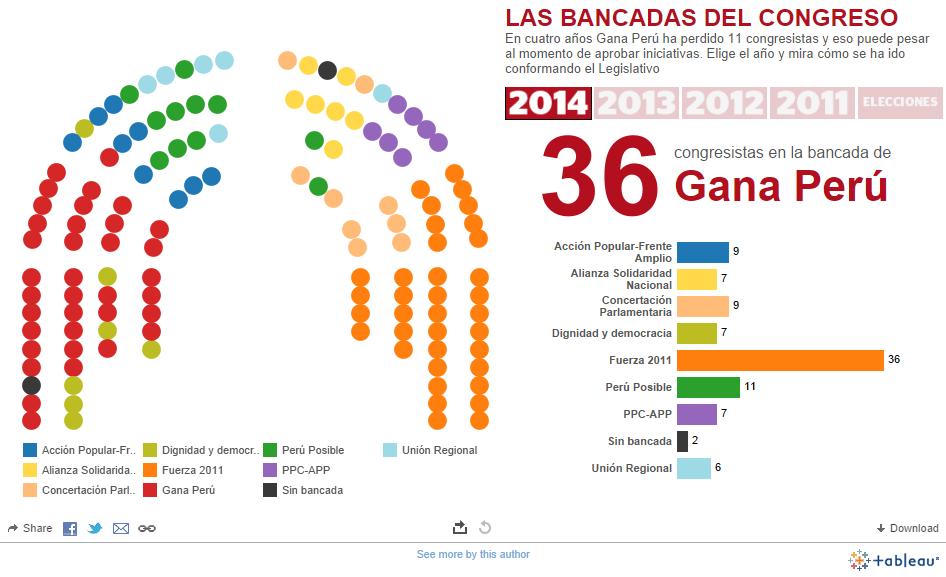 Hopefully highlighting these great political visualizations has geared up your imagination. And we'd like to give a huge thanks to all the authors featured here for contributing such stellar examples to our community!