(This is the third blog post in our Year in Review series. The previous post was entitled "2014 Top Guest Blog Posts")

The Tableau Public team is constantly amazed at the talent of our users, and by the enthusiasm of the Tableau Public Community. One place we get to see the talent and enthusiasm of our authors is in all the fantastic vizzes that are submitted in our competitions and challenges. In this blog post, we'd like to celebrate the amazing work of all of our 2014 competition and challenge winners, and put their winning vizzes on display once more. Finally a big thank you to everyone who participated in any (or all!) of our 2014 competitions!

We'll take a chronological approach, progressing through the year one contest , and one winner, at a time, starting with John Mathis, winner of our own Elite 8 contest (and also 2014 Iron Viz champion!).

In the first Iron Viz contest of 2014, we asked authors to visualize any sports-related data. With 32 contestants we let you decide the winner with Twitter voting. John Mathis of Datographer wowed the Twittersphere with his viz about the most critical possession in football - 'Fourth Down - what play to you call', and also earned a spot in the 2014 Iron Viz contest:

April was all about Tableau Tips with #TableauTipsMonth. The Tableau users and the Tableau Public team posting and tweeting useful Tableau techniques or poignant insights, and we announced winners for six prestigious awards:

Most Useful goes to Nelson Davis

The Vizioneer's #Tableau30for30 series set a new precedent for helpfulness. To celebrate his 30th birthday, Nelson published 30 different tips on 30 consecutive days during the month of April. 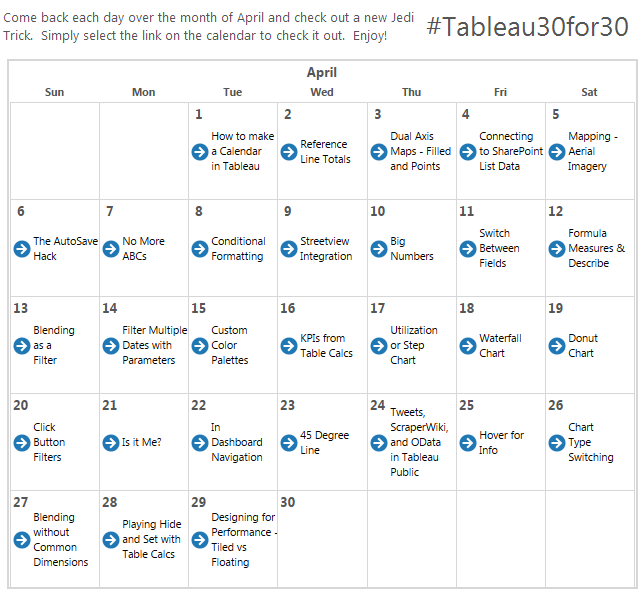 Most Sage goes to Kelly Martin

Tableau Zen Master, 2013 Iron Viz contestant and Viz Candy blogger Kelly Martin knows her stuff, and she drops some words of pure data wisdom like only she can in her blog post "5 Tips to Good Vizzin". 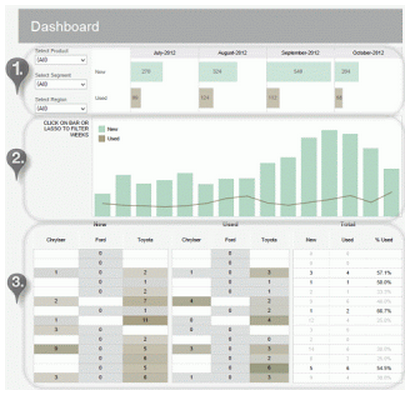 Most Mind-Blowing goes to our own Jewel Loree

Tableau Data Analyst Jewel Loree enlisted the help of fellow Tableau employee Michael Kovner to solve a tricky challenge: how to embed a dynamic web page inside a dashboard while also sending readers who click on a table link to an external site. 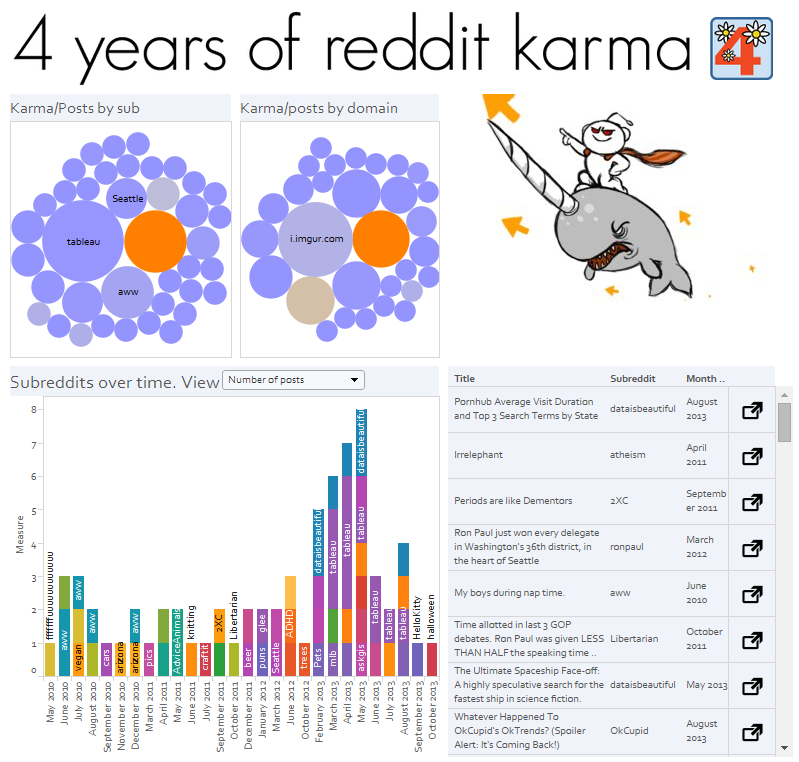 Most Wacky goes to Matt Francis

With a title like "How a Rubber Duck can improve your Tableau Viz", we simply had no choice but to award the Most Wacky award to Matt Francis of "Wanna Be Data Rock Star." 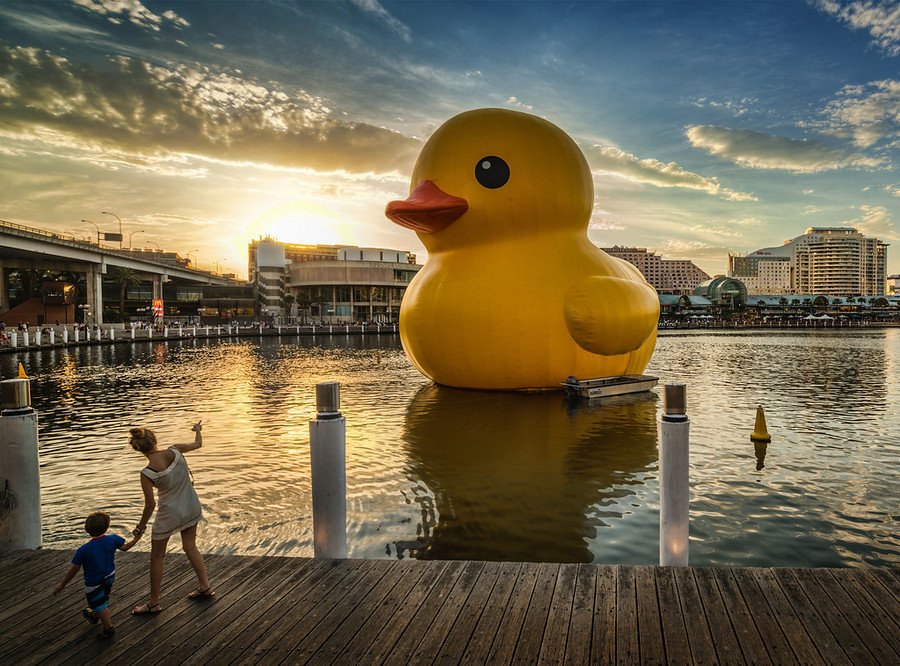 Most Hacky goes to Andrew Ball

Once you use Tableau for a little while, you start to realize that it's possible to create many types of charts that aren't in "Show Me". The Information Lab's Andrew Ball has done just that with his three part tutorial on how to create the ever-controversial radar charts. 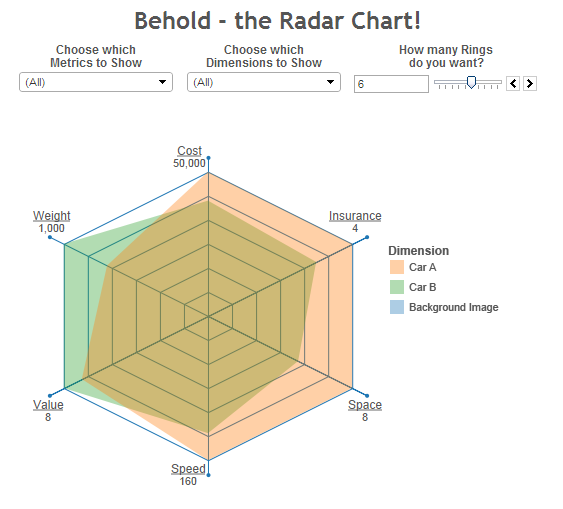 Most Beautiful goes to Peter Gilks

It's little surprise that Paint by Numbers blogger and Design Month guest contributor Peter Gilks has created a new chart type that can only be described as "Beautiful". Peter's "ballcode" charts are small multiples that show the entire season of all 30 NBA teams at a glance. 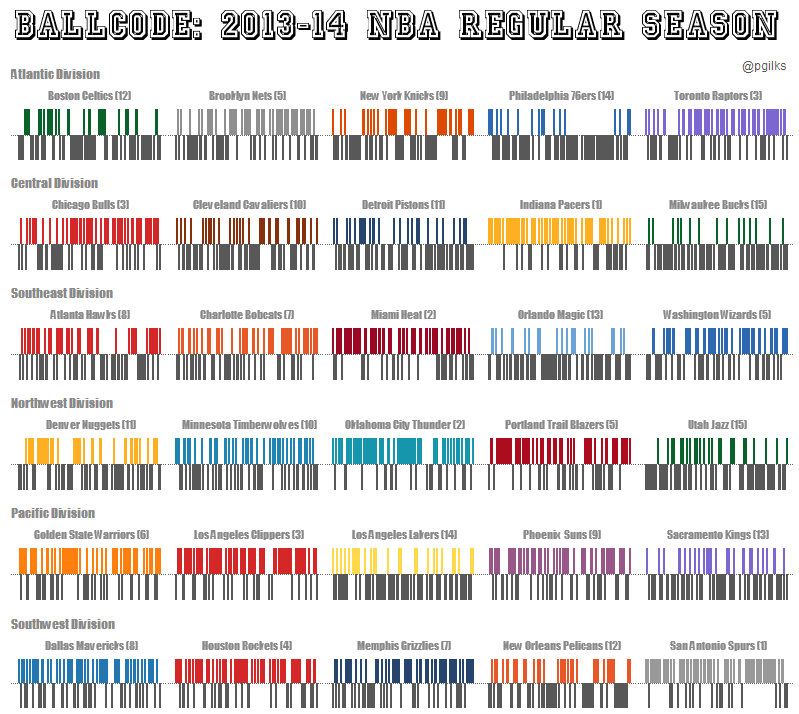 3. May: The Quantified Self Viz Contest - Jeffrey Shaffer

Our second Iron Viz contest of the year, the Tableau Quantified Self Viz Contest, was won by this fantastic entry from Jeffrey Shaffer depicting his double life as a musician and visualization expert:

To showcase those stunning, fun, unexpected, and beautiful ways you work your magic with Tableau the Tableau Public team ran a Viz as Art competition in the lead up to the 2014 TCC. Craig Bloodworth, KK Molugu and Corey Jez won with these visualizations that are worthy of any art gallery!:

First, Craig Bloodworth created this colourful viz of the moves of 5 Tableau consultants going about their data jedi business

John Mathis, Jeffrey Shaffer and Jonathan Trajkovic did battle on stage in the wildly popular Iron Viz Contest at this year's Tableau Customer Conference. Our three contest winners were given a Yelp's full archive of Las Vegas since 2004. John won by taking a slightly different approach than the other two contestants:

6. Spetember: The 2014 Fanalytics Group Activity - Will Jones and Eric Shiarla

in Fanalytics' third year the audience was challenged to find a group and create a viz using data about UK billboard chart toppers in ONLY 45 minutes! Will Jones and Eric Shiarla of Interworks wowed the audience with this winning viz:

Lastly, in the spirit of the Tableau Public community we held a 'Viz Makeover' challenge (#VizMakeover) to see how our authors could re-make What is the World’s Biggest Cash Crop viz by Information is Beautiful. M2 created this beautiful viz: 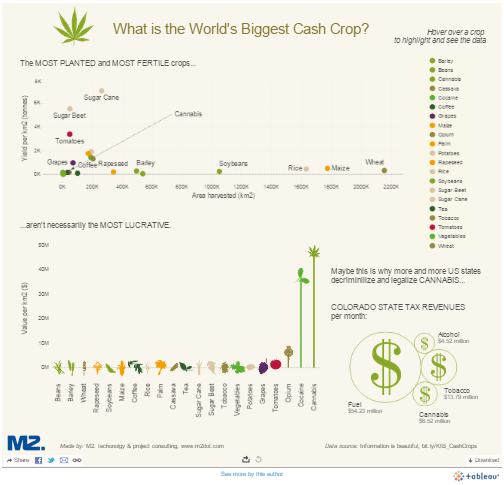 Again, we wish all of this past year's winners and contest participants a hearty congratulations. We're looking forward to seeing what contestants create in 2015. The bar is continually rising!