Your Favorite Vizzes - A Look Back at April 2021

Have you ever wondered what are the most popular vizzes in a particular month? We’re excited to launch a new monthly blog series, Favorite Vizzes - A Look Back, to feature visualizations that were most popular across the #DataFam and their incredible work. Take a look at April’s most popular and most often favorited vizzes across the Tableau community. 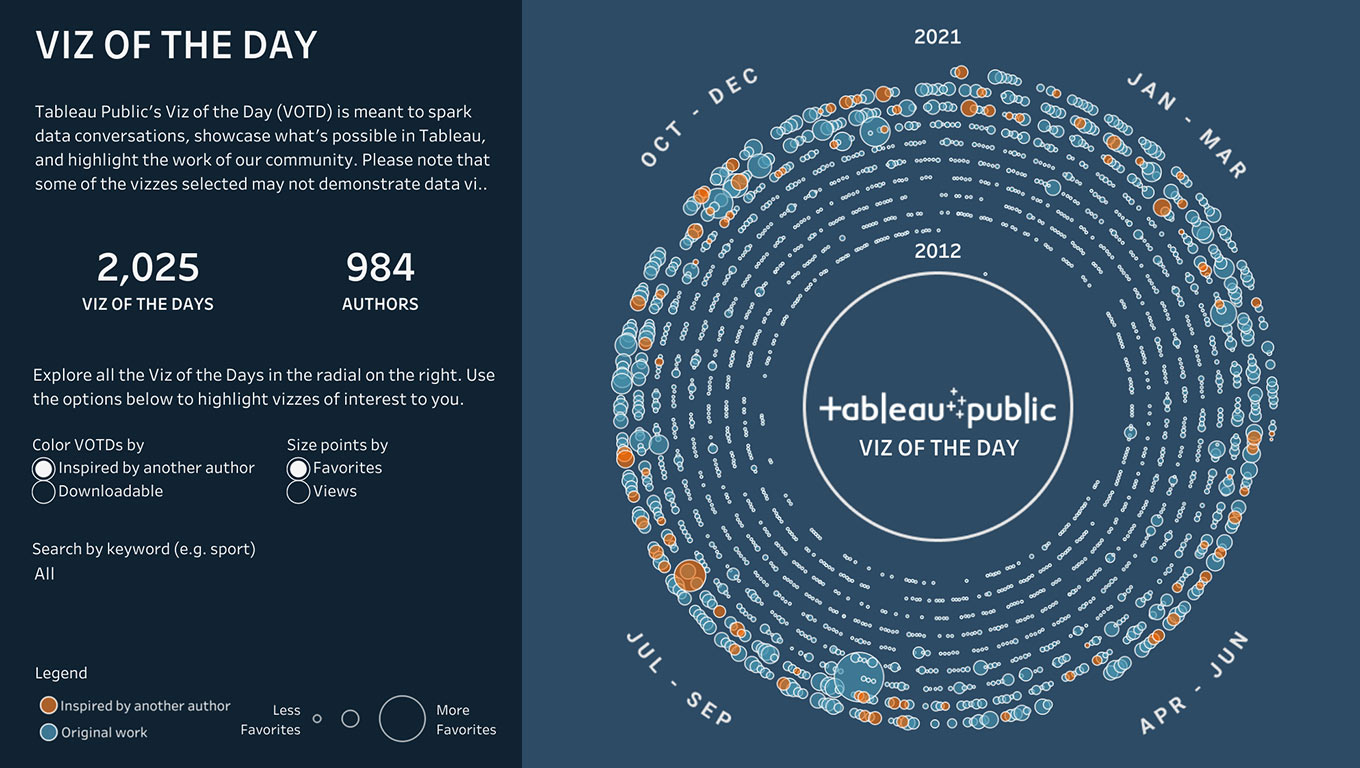 A Viz of the Day About #VOTD by Will Sutton

A Viz of the Day (VOTD) about #VOTD? Yes! Check out this visualization by Will Sutton—based in London, England in the UK— to see the 2,024 visualizations that have been featured throughout the years. Make sure to "star" your favorite vizzes and help contribute to a future iteration of this data. Favorite this viz 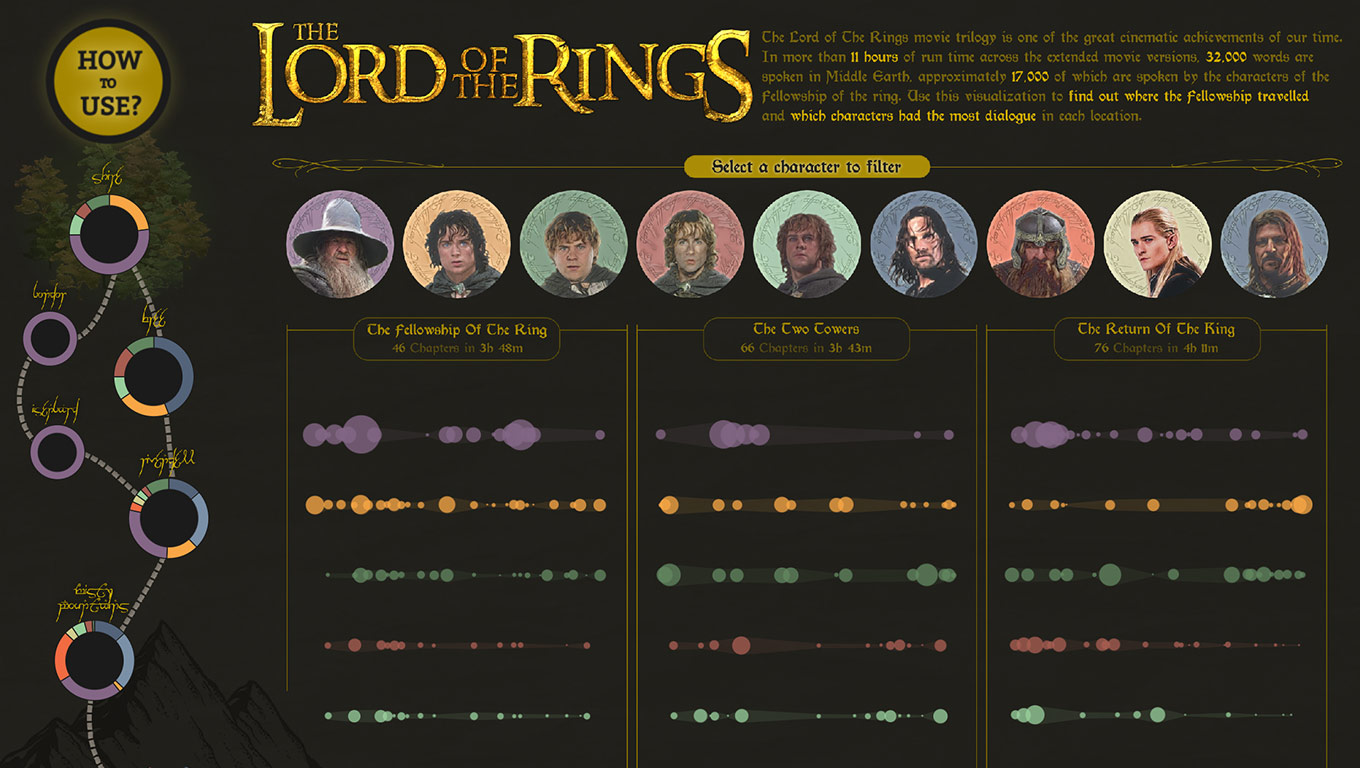 The Lord of the Rings by George Koursaros

The Lord of the Rings movie trilogy is considered one of the greatest cinematic achievements of our time. In this visualization, George Koursaros— based in Nicosia, Cyprus—showcases the Fellowship's journey and how much dialogue the characters had in each location. Favorite this viz 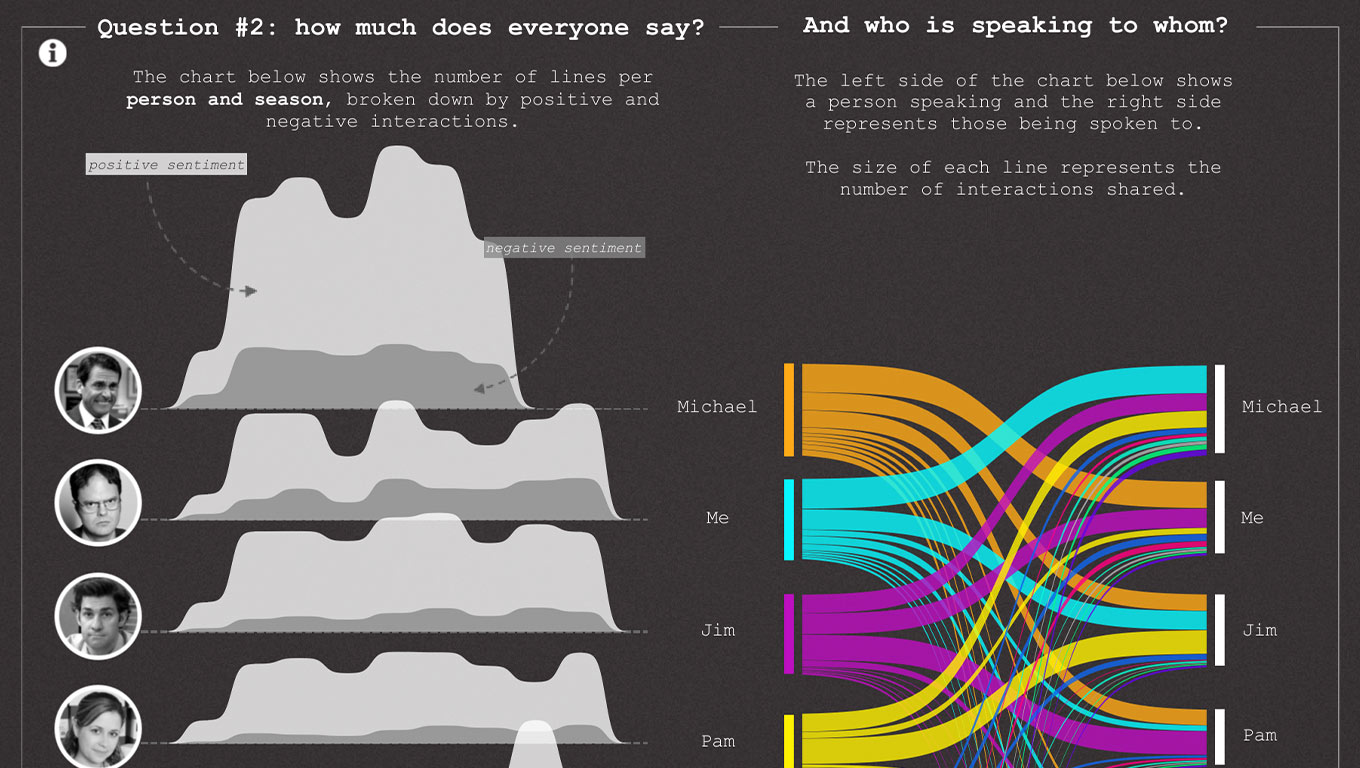 How many times have you watched The Office? Check out this visualization by Kasia Gasiewska-Holc—based in Gdynia, Poland—to see the most popular employees of Dunder Mifflin Paper Company, Inc., the interaction between the characters and their most unique words. P.S. Dwight Schrute's surveillance system videos are out! Favorite this viz 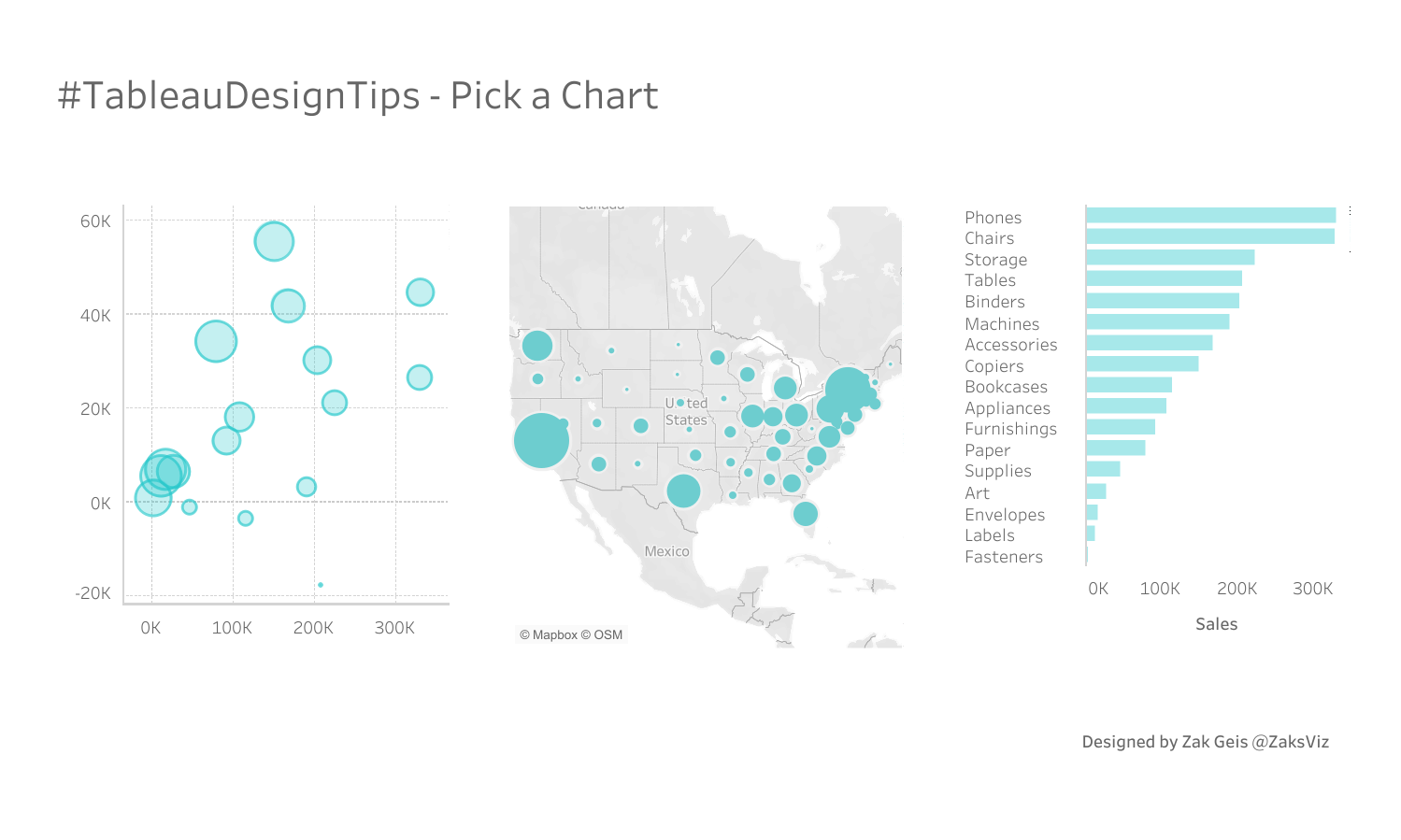 In this visualization, Zak Geis—based in Columbus, Ohio, United States— gives users a custom experience with chart selection in Tableau Favorite this viz 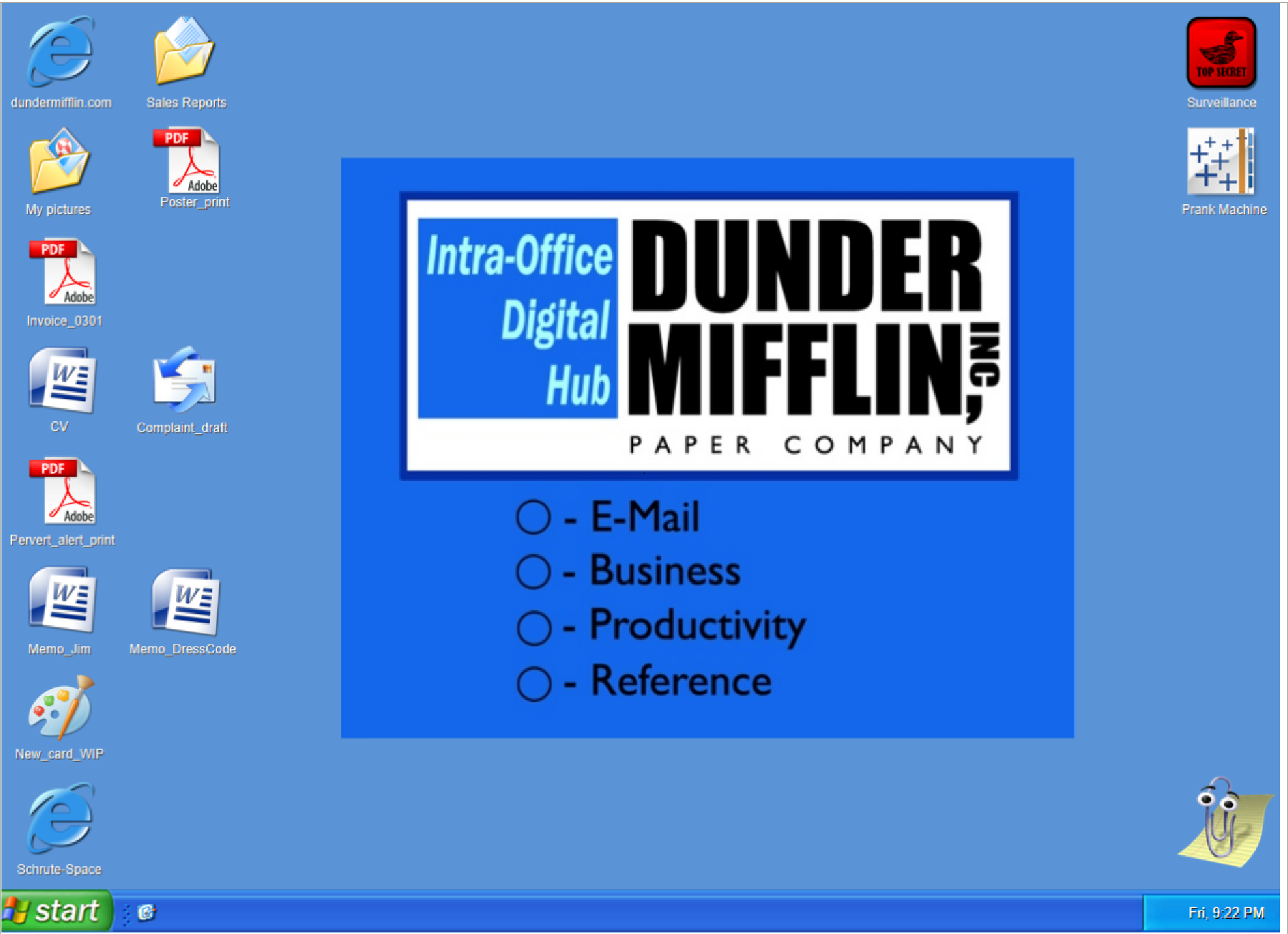 Dwight Schrute's Windows account has finally been hacked! Check out this visualization by Kasia Gasiewska-Holc—based in Gdynia, Poland—to see some of Dwight's secrets. Favorite this viz 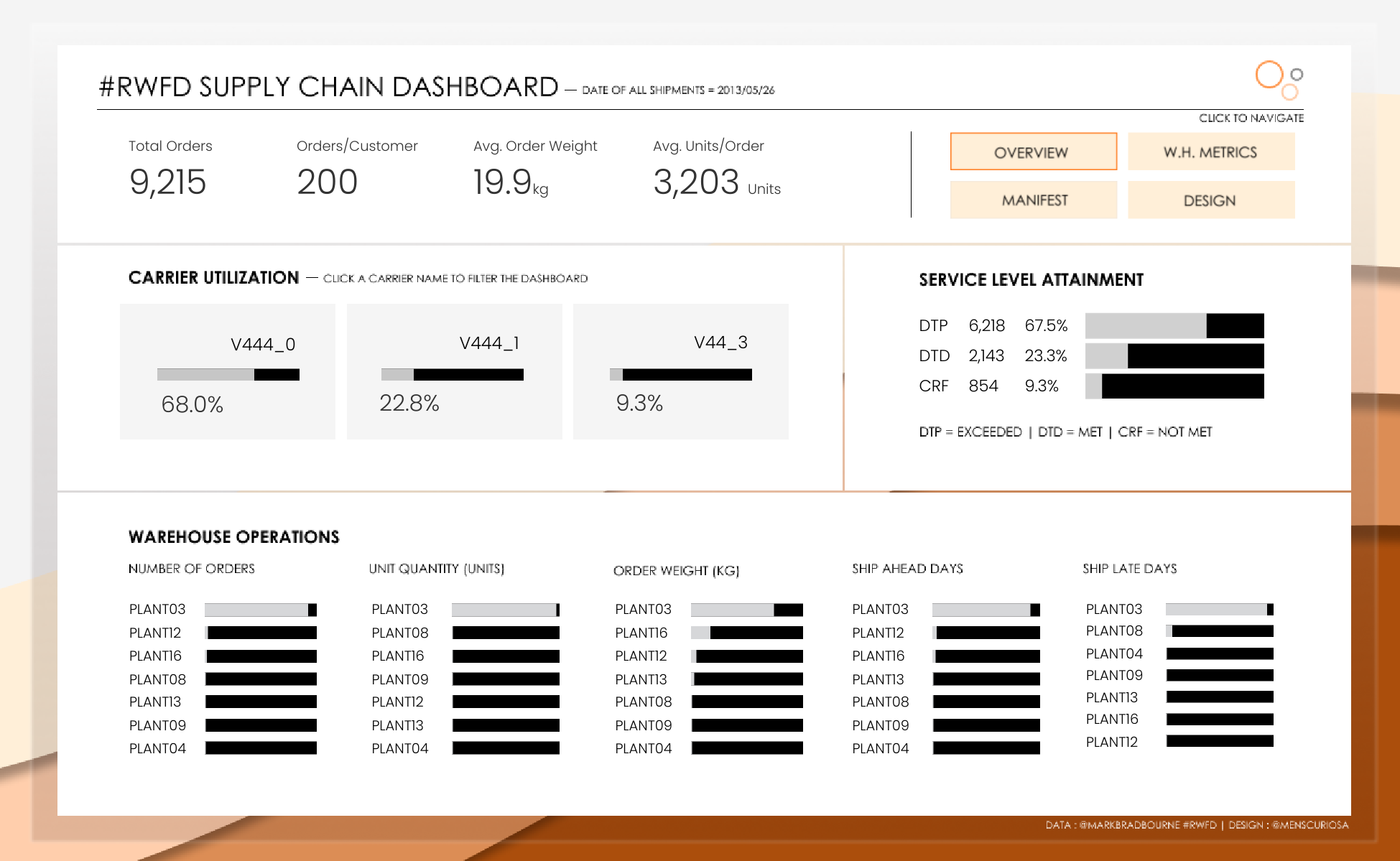 Explore Chimdi Nwosu's—based in British Columbia, Canada—visualization, part of the #RWFD challenge which consists in creating insightful and engaging dashboards that provide relevant data insights to the business industry Favorite this viz 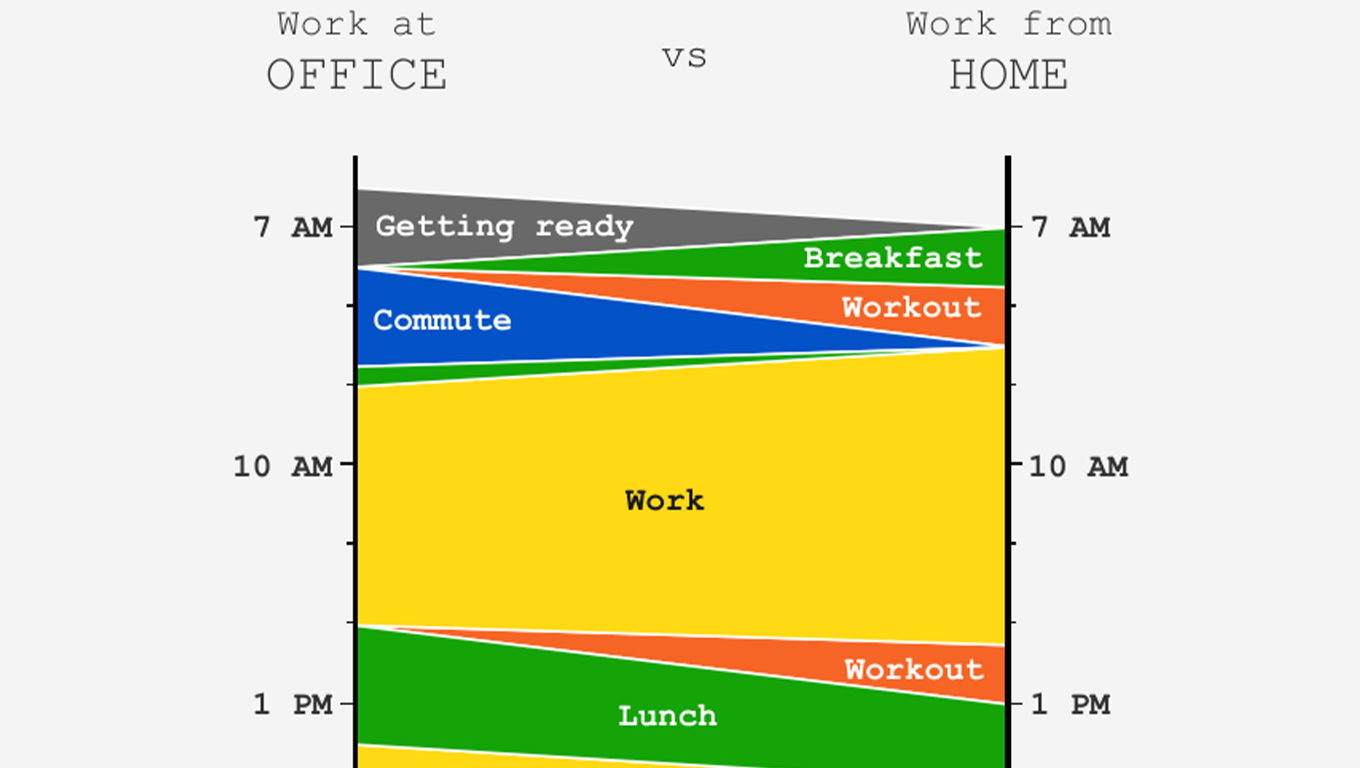 My Typical Days by Wendy Shijia

How has your routine changed since working from home? Explore this #VOTD by Wendy Shijia—based in Shanghai, China—to see a comparison between her daily routines at the office versus at home. Favorite this viz

Congratulations to April’s amazing and inspiring data viz authors. Don’t forget to set up or log in to your Tableau Public profile to “favorite” your best-loved vizzes and subscribe to Viz of the Day. You might just find your new favorite one!