This guest blog post is written by Brittany Fong. Brittany founded BFong Data, which specializes in data visualization, design, and user experience. She is the organizer of the DC Tableau User Group, DC Data + Women and a Tableau Ambassador.

March is one of my favorite times of the year. The snow is starting to dissipate and spring is on the horizon. But one of my favorite parts about March is that it’s Women’s History Month and we celebrate International Women’s Day!

As someone who went to an all-girls school, I’ve learned a lot about what it’s like to be a female in both the past and present. I’d like to look back on a few of the women who have inspired me and the women who will pave the future.

The women at Bletchley Park

Bletchley park was the location of the Government Code and Cypher School (GC&CS) – the codebreakers of World War II. As it is now known, the codebreakers intercepted German communications for the Enigma and Lorenz ciphers. Initially when recruiting began the GC&CS were looking for men who had studied at Oxford, but when demand increased they started to recruit women. These women are so inspirational because they not only changed history, but they did so while fighting strong biases and doubt about their technical abilities because they were women. 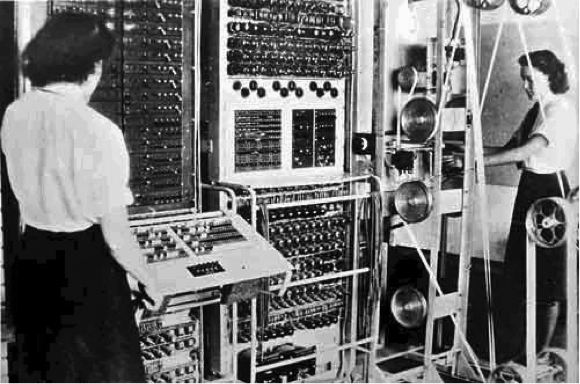 Girls Who Code started in New York City five years ago by Reshma Saujani, who had one goal, “to close the gender gap in technology”. Today there are Girls Who Code clubs all across America, partnering with schools, universities, and companies. Girls Who Code aims to inspire, educate, and equip young women with the computing skills to pursue 21st century opportunities.

The women of the Tableau Community

On International Women’s Day #IWD2018 I was blown away by the women of the Tableau Community. I shouldn’t have been surprised! The women in this community are empowering, inspiring, and altogether amazing! I am humbled to be included in such an amazing group. The best part about this group is that it just keeps growing! The latest group of Tableau Public Featured Authors is an example of the ever-growing community. 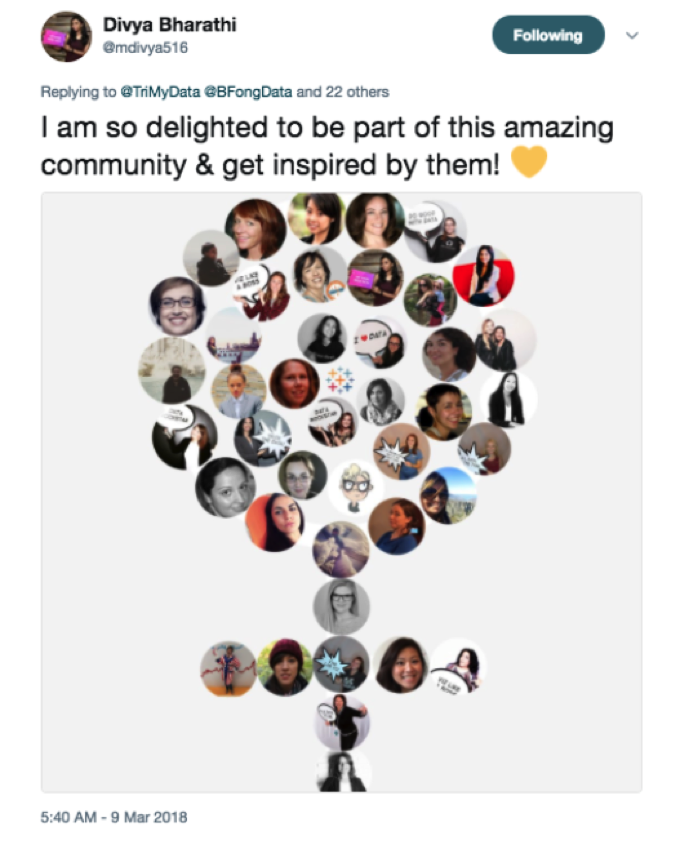 I chose to highlight these groups of women because they inspire me to be courageous, steadfast, and empowering.

Two years ago, I started the Washington DC Data + Women Group with Erin Simpler Kellett, Emily Kund, and Julie Kim. This year we are focused on the next generation of young women and girls. We have and will continue to conduct workshops around the DC metro area that include presentations and hands-on learning about careers in data. The earlier we can expose girls to STEM topics the better.

Personally, these women have influenced me to not only work with girls and data, but all girls. As a coach of a girls' gymnastics team, our number one rule is that we are a team and we should always lift each other up. The girls don’t just learn gymnastics tricks, but they learn to be determined and empowered in everything they do.