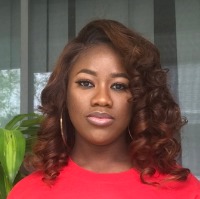 Anita Onyeacho started using Tableau Public in 2019 after Tableau Conference. The community has been a source of motivation and inspiration for her growth—she sees different perspectives towards analyzing and communicating data and learns new approaches to design techniques. The Tableau community projects such as #MakeoverMonday, #WorkoutWednesday, and #RealWorldFakeData have been major tools in her data analysis and visualization journey. 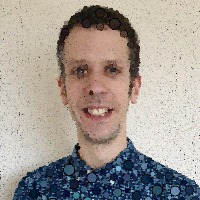 Ant Pulley is a business intelligence developer at Lloyds Banking Group in the UK. He has been using Tableau to develop business dashboards since 2016 and started using Tableau Public in 2019. Ant participates in several community-led projects such as #MakeoverMonday, #DiversityinData, #SportsVizSunday, #IronQuest, and #GamesNightViz where he explores new techniques and designs using interesting data sets. He enjoys creating fun vizzes, like his “Relaxing Octopus anyone?” viz using interactivity, animation, and design to try out all the different things you can do in Tableau. Connect with Ant on Twitter and LinkedIn, or check out his blog. Connect with Ant on Twitter, LinkedIn or check out his blog. 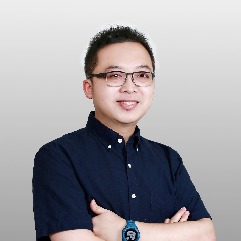 Bill Chen is a senior engineer of aircraft performance at EVA Air, and a co-leader of the Taiwan Tableau User Group. He began using Tableau in 2017 and was the Runner-Up of Taipei’s Iron Viz contest that same year. He actively participates in community-led projects like #RealWorldFakeData to improve his skills and expand his vision of data. Bill is motivated to create meaningful data visualizations in order to find insights on many topics, such as global health, wealth, climate change, and relevant social issues in Taiwan. He is grateful to Tableau Public for building this great platform, where people can learn, share, and inspire each other. Connect with Bill on Twitter and LinkedIn. 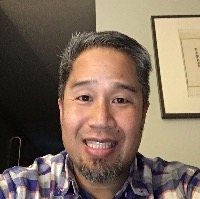 Dennis Kao is a social work professor at Carleton University in Ottawa, where he conducts research on health equity and aging, and teaches nonprofit management and community practice courses. With over a decade of statistical analysis and GIS mapping experience, he started using Tableau Public in December 2020 and immediately fell in love. Engaging with the DataFam and getting involved with community-led projects has invigorated his passion for working with data. He is now learning to integrate data visualization and Tableau into his own teaching and research.Connect with Dennis on Twitter and LinkedIn. 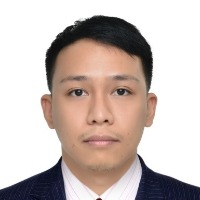 Ervin Vinzon is a data analyst who started using Tableau Public in November 2020. At Tableau Conference 2021, Ervin was nominated for a Vizzie Award. He participates in #MakeoverMonday, #RWFD, and #DiversityinData and also joins monthly data challenges from Onyx Data and Maven Analytics on Linkedin. Tableau Public enables him to be artistic and passionate about data analysis and visualization. He checks Tableau Public every day for inspiration from the DataFam community. Connect with Ervin on Twitter and LinkedIn. 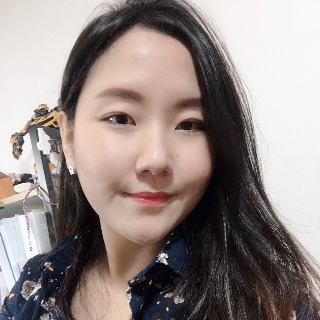 Harim Jung is a data specialist and climate change specialist with Tableau development. Her favorite part of Tableau Public—which means education, inspiration, and exploration—is #VOTD as she learns about different topics as well as the information and technical parts of a visualization from authors around the world. She would suggest to all the Tableau users and newbies to get involved with the DataFam. Connect with Harim on Twitter and LinkedIn. 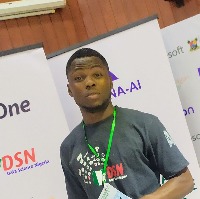 Idris Akilapa is a freelance data analyst and recent mechanical engineering graduate from Ladoke Akintola University of Technology in Nigeria. He started his data visualization journey in 2020 and was introduced to the community by Ghafar Shah. The DataFam has helped him to deepen his passion for data analysis and visualization, and expand his skills to communicate effectively with data. Tableau Public enables him to express his creativity and technical skills, while also exploring different topics and conveying insights through visualization. His ideal job would be one where we could use Tableau. Connect with Idris on Twitter and LinkedIn. 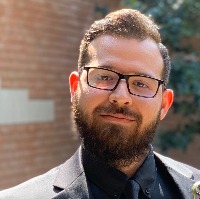 Jared Flores is a business intelligence manager at Brinks Home Security. He joined Tableau Public in December 2020 and participates in community initiatives such as #DiversityinData, and #WorkoutWednesday. He creates business-style dashboards and is a big advocate for Tableau Prep, having recently undergone a challenge to complete 100 days of #PreppinData as he loves transforming and cleaning the data. The inspiring designs and seeing how people communicate topics that mean the most to them are his favorite part of Tableau Public. The DataFam has helped him find his voice and inspired him to launch his YouTube channel WhatTheViz to teach others how to use Tableau Prep in a series called Put Some Prep In Your Step. Connect with Jared on Twitter and LinkedIn. 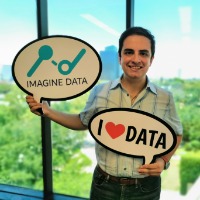 Juan Angel Martínez Arzola is an adjunct professor at Tecnológico de Monterrey and recently started his own company, Imagine Data, where he helps local companies achieve their goals with a data-driven approach. He believes that education is a key element to our society and loves how Tableau Public encourages people to get involved in the world of data visualization. He enjoys teaching others about Tableau and often participates as a guest speaker on talk about data literacy—one of his favorite topics. After 4 years of being a member of the community, he is convinced that there is always something new to learn and something new that you can teach. Connect with Juan Angel on Twitter and LinkedIn. 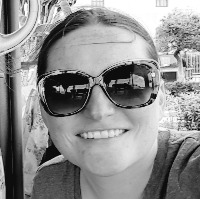 Katie Kilroy is an analytics manager at Arlo Technologies where she uses Tableau on a daily basis. She attended Cork’s inaugural Tableau User Group meetup 4 years ago where she was inspired to create and publish her first Tableau Public visualization. Ever since, she has been hooked on creating visualizations outside of work and believes that her use of Tableau Public combined with participation in social data projects has improved her analytical and Tableau skills tenfold. She is a Tableau Forum Ambassador, co-leads the Cork TUG and Data + Women Ireland groups, and enjoys connecting with and learning from other folks in the Tableau Community. Connect with Katie through her blog or Twitter. 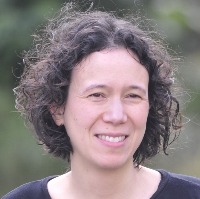 Line Ton That helps business teams increase their impact through data analysis and visualization at The Positive Thinking Company. She discovered Tableau while studying data science in 2017 and loves how Tableau Public makes it easy to experiment, build, and share simple and complex data visualizations with a wide audience. She enjoys discovering data visualizations and authors in the Tableau Public gallery and participates in community projects including Data For Good, which has helped her improve her own data visualization skills, connect with the Tableau community, and develop a portfolio of work. She attributes her accelerated learning to the kindness and support of the DataFam and enjoys vizzing on both serious and fun topics, such as environmental issues and board games. Connect with Line Ton That on Twitter and LinkedIn. 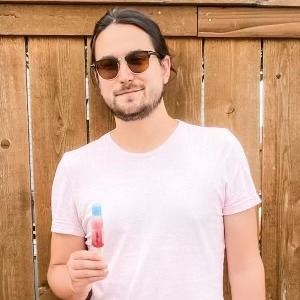 Luke Abraham is a people analytics consultant at Wells Fargo, where he has been using Tableau for almost 4 years. He also would occasionally see a #VOTD and think “I want to be able to do that.” He joined Tableau Public in July 2021 hoping to put his English degree and storytelling skills to use and quickly became involved in #DiversityinData, #IronQuest, #GamesNightViz, and other community-led projects. These initiatives introduced him to his favorite part of Tableau Public—the DataFam. Having met so many supportive people from across the world with different backgrounds and skillsets, he finds it impossible not to be inspired by the community. His favorite visualization topics are anything that ignites that creative spark—whether it be a visual, theme, or story. Connect with Luke on Twitter. 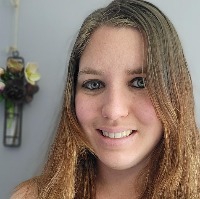 Nicole Klassen started her career in human resources and social science research until a series of fortunate events introduced her to data analytics. Powered by Tableau, her data viz skills took off when she joined Tableau Public in February 2021 and it has given her many amazing opportunities, from the ability to indulge in her artistic side to collaborating with all the amazing members of the DataFam. She loves using data visualization to highlight causes she is passionate about through projects such as #VizforSocialGood and #Viz4ClimateAction as she is a strong advocate of responsible data visualization and analytics, ensuring projects follow the Do No Harm guidelines both in her Tableau Public works and as a data analyst at Cox Communications. Connect with Nicole on Twitter, LinkedIn and Medium. 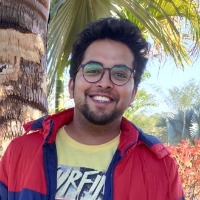 Prasann Prem is a business intelligence analyst at American Express Global Business Travel in India and loves creating visualizations around sustainability and nature. He started his Tableau Public journey in July 2020 and loves to engage with the DataFam. He believes the platform enables him to be creative as well as motivates him to share more. Tableau Public has also enormously impacted his career growth which is why he started mentoring programs such as Tableau Buddy and Buddy Talks to help young Tableau professionals grow. Connect with Prasann on Twitter and LinkedIn. 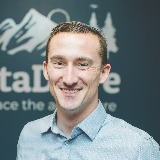 Sam Epley is a consultant at DataDrive and has been using Tableau since March 2020. As an active member of the DataFam, he co-leads the Twin Cities Tableau User Group and is a Tableau Desktop Certified Professional. He started using Tableau Public to improve his skills and develop a data visualization portfolio. Passionate about sports, his work is often featured in #SportsVizSunday Weekly Roundups and his viz "The Sunrises and Sunsets of America" was selected as #VOTD in 2021. Outside of Tableau Public, he spends time with his wife and three children and serves in the Minnesota Army National Guard. He also enjoys reading and listening to music. Connect with Sam on Twitter and LinkedIn. 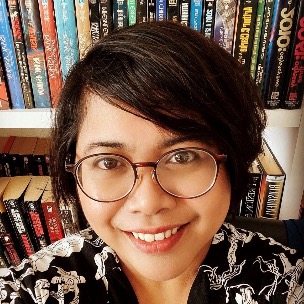 Shazeera Ahmad Zawawi is a lawyer, a human rights advocate, and a comic artist who is currently working as a senior adviser on research and innovation for the Association for Prevention of Torture, a non-profit organization based in Geneva, Switzerland. She began using Tableau in February 2021, after realizing how the platform enables her to combine her passion for data, visual storytelling, and drawing and continues to learn and grow with each visualization created, thanks to the ever supportive and resourceful Tableau community! She also loves the endless possibilities that Tableau offers for her to apply her creativity and visual storytelling especially in integrating her artistic works. She vizzes about mental health, human rights issues, culture, South East Asian folklores and even her cat! Connect with Shazeera on Twitter and LinkedIn. 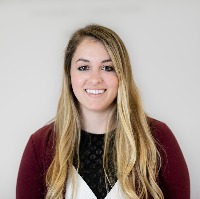 Tina Covelli is a data visualization enthusiast currently pursuing a Master's in Data Analytics and Visualization from Maryland Institute College of Art (MICA). She has been on Tableau Public since 2020, the platform has allowed her to express her creativity. Since joining the DataFam, Tina has participated in community-led projects like #IronQuest and is a co-host of the #GamesNightViz community project. Tina is passionate about creating visual stories through unique design and loves creating visualizations centered around gaming, tv/cinema, and sports. Connect with Tina on Twitter or her launched her website & blog, focused on design techniques. 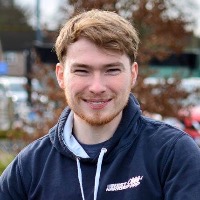 Will Sutton is a senior data analyst at WorldRemit in the UK. He's been using Tableau since 2014 and used Tableau Public at the start of 2020 to prepare for the Tableau certification. After seeing the amazing work from the Tableau Community he was inspired to develop his data skills further by regularly participating in community projects like #PreppinData, #RealWorldFakeData, #IronQuest. Now he co-hosts the community initiative #GamesNightViz, a monthly data viz, prep, and design challenge featuring data from all types of games. Besides work, he is a keen member of his local running club and uses this as another source of inspiration for his data visualizations. Connect with Will on Twitter, LinkedIn, Github and Instagram.

Be sure to follow this extraordinary group from around the world who are crushing it. Looking for some extra inspiration? Subscribe to Viz of the Day, search Tableau Public, or visit Discover to see the latest and greatest. Pro tip: If you sign in you'll see new content curated just for you. If you don’t have a Tableau Public profile yet, create one for free.