Three years ago today we launched a service called Tableau Public. We had spent years building it. We had spent months with beta users, getting feedback and testing it. And then we put our baby into the world. And we watched.

What we saw amazed us. People used Tableau Public to look at school ratings and sports scores, twitter and earthquakes. At least one person mapped all the data from a cross-country road trip. And then journalists started using it for politics, economics, even crime and justice.

We’ve seen things more beautiful and more imaginative than we could have expected. We were proud to see a story that included Tableau Public win a Pulitzer Prize.

And now, to the point, what is Tableau Public getting for its birthday? Treemaps and bubble charts, better groups and more. And my favorite, freeform dashboards. It’s all in Tableau 8, now in beta. While we’re walking down memory lane, let’s see how a classic Tableau view about iPad data plans would look using Tableau 8.

Here was the original: 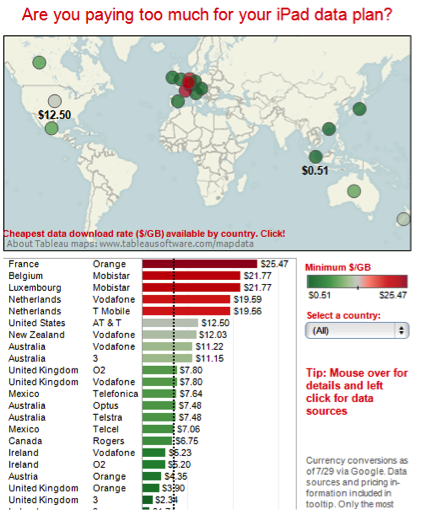 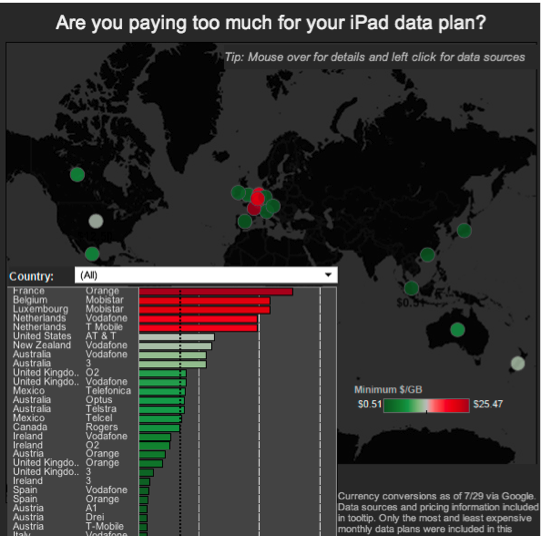 The overlapping views capability creates the possibility for more engaging dashboards. Same data, but bigger map and a much more flexible layout.

So happy birthday, Tableau Public! And thanks to all of you out there have been part of the first three years and will hopefully be part of the next many.