With 2015 coming to a close, the Tableau Public team is taking the opportunity to highlight some of the talented people in our community. In this post we're looking at our competition winners and their winning vizzes. But before we do that, we'd like to shout a big thank you to everyone who participated in any (or all) of our 2015 competitions.

In chronological order, here are our competition winners and their fantastic vizzes.

In the first Iron Viz feeder contest of 2015 we asked contestants to make any viz they liked based on data they found on Wikipedia. Shine Pulikathara won the competition with this amazing guide to French impressionists. Robert Radburn won the crowd favourite with his viz about football (soccer). See both winning vizzes here.

The second Iron Viz feeder contest of 2015 focused on large data sets after the row limit increased to 10 million lines with Tableau Public 9.0. Matt Chambers won the competition with this fantastic viz that highlights places where precipitation delayed flights. Robert Rouse won the crowd favourite with his viz about times when floods followed droughts. See both winning vizzes here.

The third and final Iron Viz feeder contest of 2015 was all about music. Skyler Johnson won the competition with this colourful look at genre trends at the big four music concerts. Zack Mazzoncini won the crowd favourite with his viz about top all-time artists. See both winning vizzes here.

Tableau's Japan team ran an Iron Viz-style competition in August in which participants had to viz one of four supplied data sets. Competition was fierce, but Mariko Anzai took out first place with her viz that showed where and when people ear fruit and ice cream. Shigeki Yamazaki came second and Ayako Kiso came third with their vizzes about typhoons in 2013-2014 and Chiba vs. Saitama, respectively. You can view their vizzes, along with all the entries here.

This year the three contestants (Shine Pulikathara, Matt Chambers, and Skyler Johnson) battled it out on the main stage of the MGM Grand. They were tasked with vizzing the GDELT data set—no easy feat in such a short period of time! Shine won the competition by personalising the data, allowing people to find their own story in this massive data set. See the competition and links to all three vizzes here.

At this year's Fanalytics, the audience was challenged to use a Twitter Web Data Connector to pull down and viz tweets about #TC15 (if you want to learn more about Web Data Connectors check out this post). Chloe Tseng won the judges award with her viz about what people tweet about at #TC15.

Tableau Public was honoured to win third place in this year's Kantar Information is Beautiful Awards under the Best Free Tool category. It's fantastic to see how many great free data viz tools there are, and we are so happy to be able to stand alongside them. For a full list of all the nominations on the short list, click here (also just check this link out for some amazing data-viz eyecandy!). 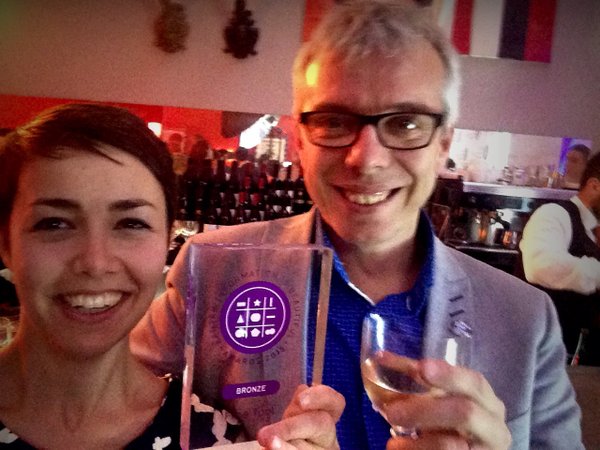 We wish all of this past year's winners and contest participants a hearty congratulations! You guys rock! We're looking forward to seeing what contestants create in 2016.