(This is the fifth post in our Year in Review series. The previous post allowed readers to vote for their favorite viz of 2013.)

Tableau Public authors had a banner year in 2013, winning a number of impressive awards and showing the rest of us how to haul in the hardware. In this blog post, we'd like to celebrate the amazing work of eight award winners, and put their winning dashboards on display once more before 2013 is finally in the rear view mirror.

We'll take a chronological approach, progressing through the year one contest winner at a time, starting with Ryan Sleeper, winner of our own Elite 8 contest.

1. April 12: The Tableau Elite 8 Contest - Ryan Sleeper
After we released Tableau Public 8 to the world this past March, we asked authors to remake an existing viz using the latest version's new features. It was our first tournament-style contest, and Ryan Sleeper of OSMguy.com capitalized on the addition of packed bubbles and floating dashboard objects to win with a remake of his XVAL baseball comparison tool:

And the second, from Wales Online, takes a look at where children in governmental care are placed: 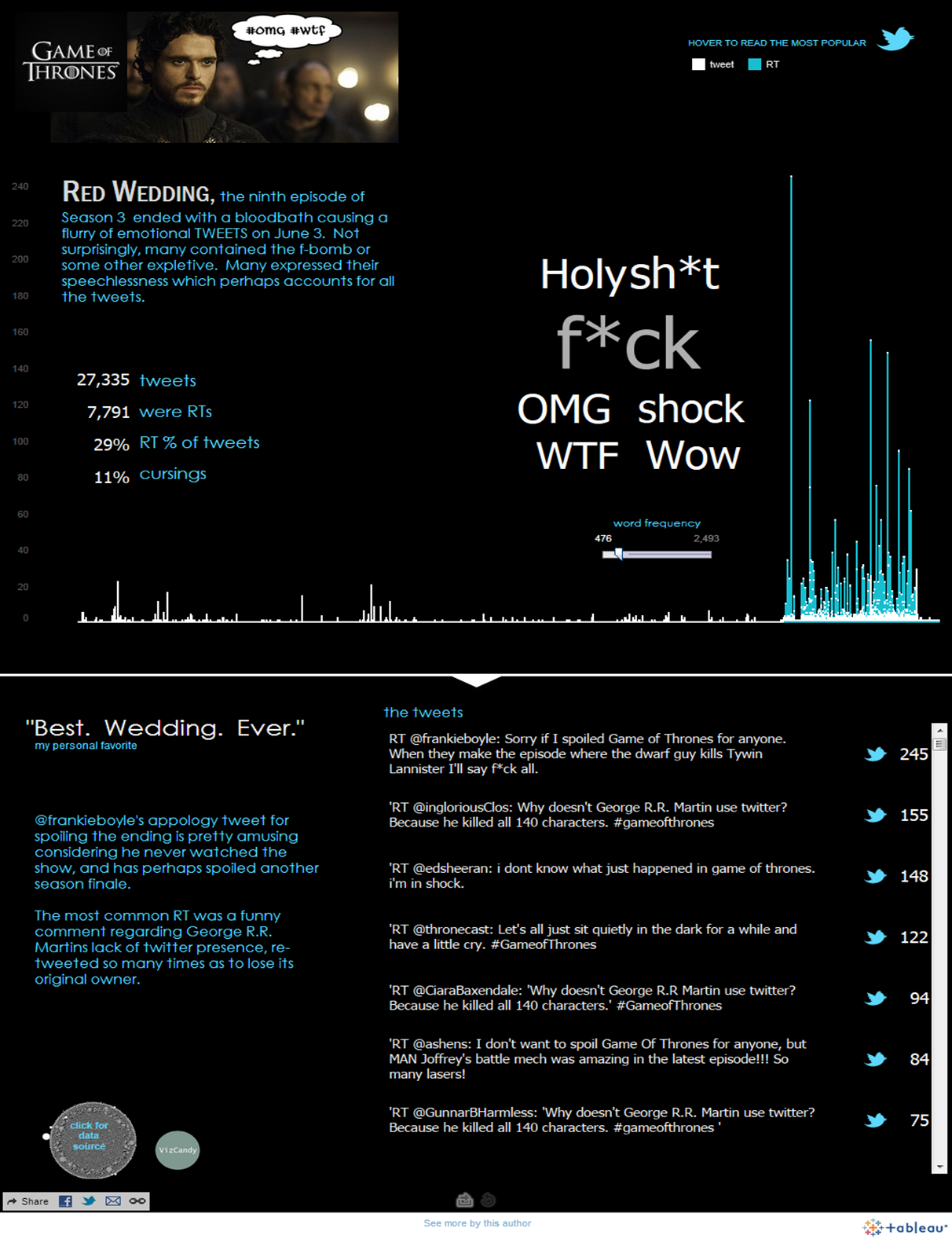 5. September 11th: The 2013 TCC Iron Viz Championship - Ryan Sleeper
Ryan Sleeper, Kelly Martin and Jim Wahl did battle on stage in the wildly popular Iron Viz Contest at this year's Tableau Customer Conference. Our three contest winners were given a DataSift extract of 1-10 movie ratings on Twitter. Ryan won with this interesting look at the relationship between movie age and ratings: 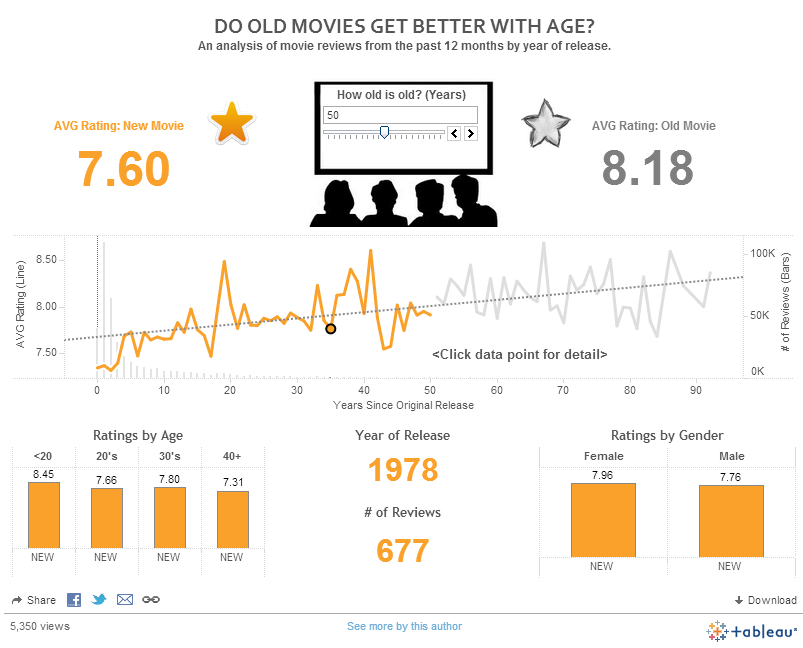 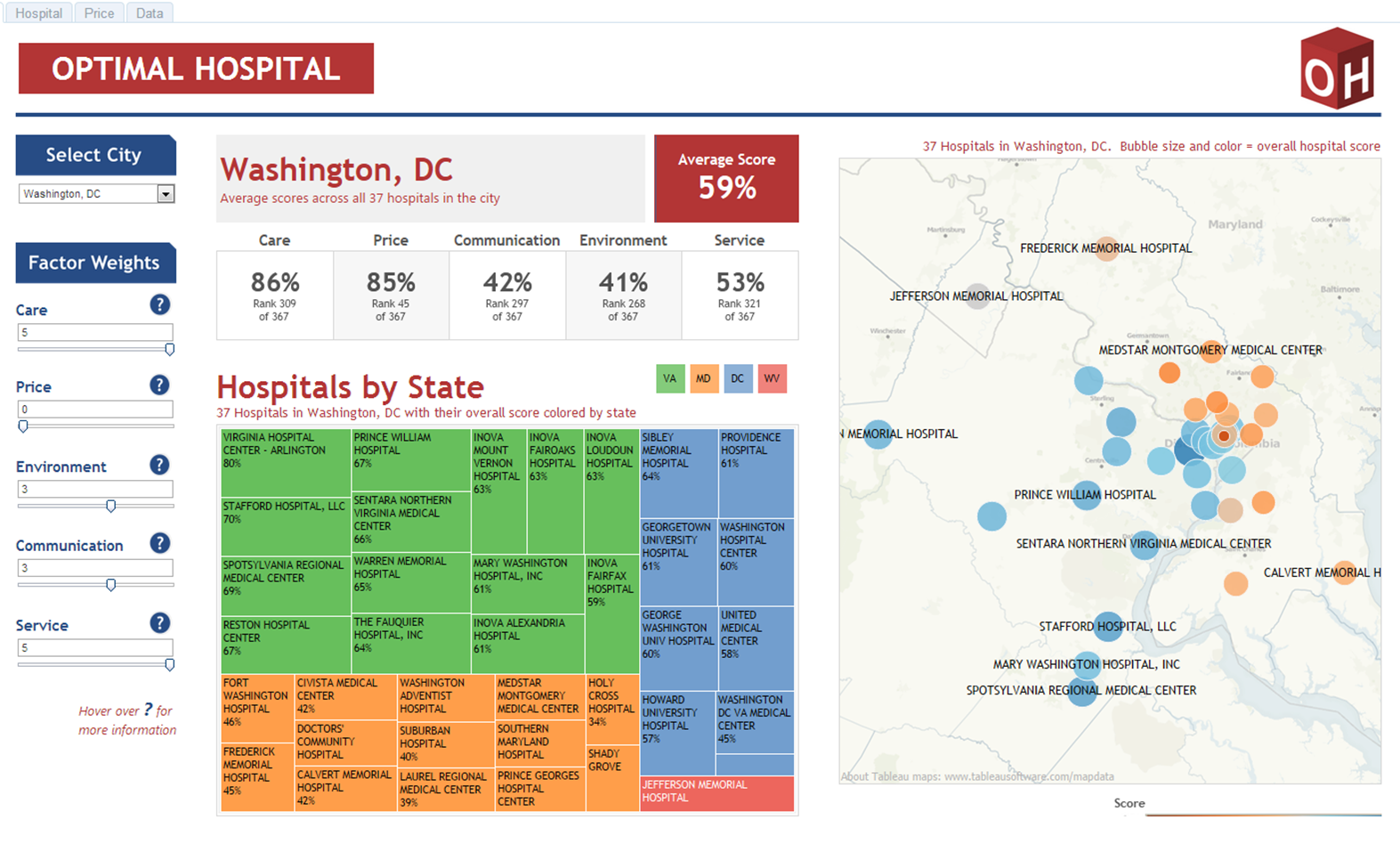 Again, we wish all of this past year's winners and contest participants a hearty congratulations. We're looking forward to seeing what contestants create in 2014. The bar is continually rising!